What degrees offer the best and worst ROI?

Degrees with the best average ROI

Among the most important factors determining projected ROI is undergraduate degree choice. This is because there are considerable differences in lifetime earnings across different majors. Grouping college majors into 13 broad categories, the New York Fed study found that the bachelor’s degrees with the highest rates of return include those under engineering (21%), maths and computers (18%), health (18%) and business (17%). In general, majors that tend to emphasize quantitative skills lead to the highest returns. But before you head over to your university registrar’s office to change your major, be aware that other factors might be at play. Here’s what the New York Fed researchers have to say:

“In presenting our findings, we emphasize that not all majors are feasible for every college student. For example, recent research has shown that graduating with a math or science major is more difficult than pursuing other fields of study. Thus, some of the economic return associated with particular majors may reflect differences in the abilities of the students who choose these majors, and not necessarily the skills obtained through majoring in these fields.”

In other words, when it comes to choosing your major, aptitude matters. Choosing a major that doesn’t align with your strengths or requires skills you don’t have increases the risks of a poor outcome (not to mention, might make you seriously unhappy). Recall that length of time in school and the likelihood of degree completion are important factors in determining your ROI. While you should be concerned with the wage premium of your degree, be aware of the dangers of choosing a major that is not right for you. Additionally, it’s possible that the variations in earnings across majors may be caused by other factors. Students select their majors, and this selection bias should be taken into account in your interpretation of these findings. Studies show that high school grades and standardized test scores, especially for math, vary among students who choose different majors. These differences in the abilities of the student may be the cause behind the earnings variation.

What about graduate school? Is getting an advanced degree really worth the extra buck? Here the financial picture gets more complicated. As a rule, comparing grad school costs and expected payoff post-grad school, we find that people with more education tend to make more on average. According to the Bureau of Labor Statistics, in 2013, the median annual wage for full-time workers with a master’s degree was $68,000; for full-time workers with a bachelor’s degree, the median annual wage was $56,000. Similarly, a 2011 report by the Georgetown Center on Education and the Workforce found that the median salary of graduate degree recipients is 25 percent more than that of peers with only a bachelor’s.

However, having a master’s or a doctorate under one’s belt isn’t always a surefire resume booster. Employability and wage payoff can vary wildly depending on your field of study and occupation. On the one hand, for leadership, administrative, or academic careers, an advanced degree may be required. The Bureau of Labor Statistics has very helpfully compiled a list of 33 occupations that typically require a master’s degree at the entry level. These occupations include anthropologists and archaeologists; educational, guidance, school, and vocational counselors; nurse practitioners; and sociologists, to name a few. Professional degree recipients in engineering or business, in addition, may find their starting salary prospects dramatically improved. But those in other occupational fields, like the arts or computer programming, may find that their advanced degree doesn’t translate as readily into a fatter paycheck, improved marketability, or instant opportunities for career advancement.

So while overall a graduate degree leads to higher earnings, the additional earnings return is determined for the most part by discipline. According to the Georgetown study cited above, the majors grouped under Biology and Life Sciences who go on to obtain a graduate degree in their field get an average earnings boost of 101 percent; under Business, 40 percent; under Computers and Mathematics, 31 percent; and under Arts, 23 percent. Be aware that specific majors within each of the broad categories may vary significantly. For example, let’s consider graduates in the Physical Sciences, who, on average, get an impressive earnings boost of 70 percent by attaining a graduate degree. At the extreme ends, graduates in the Science: Life/Physical subcategory get a boost of 86 percent, whereas those in Atmospheric Sciences and Meteorology earn only 1 percent more. For more information on your major, follow this link to the full report.

There’s less research on the wage premium of a doctoral degree (and a lot of the information out there is negative). A doctoral degree requires investing a significant amount of time in school—time that could be spent in the workforce—so the opportunity cost is huge. This investment is necessary if you want to go into academia, but if you’re thinking about pursuing a PhD for any other reason, know that the financial benefits are generally low. A 2016 article by the Economist cites a study in the Journal of Higher Education Policy and Management, which found the earnings premiums for master’s and doctoral degrees to be 23 and 26 percent, respectively. So while there is an earnings premium for a doctoral degree, in general, you’d be better off with a master’s, which takes significantly less time to complete. “Only in medicine, other sciences, and business and financial studies is [the wage premium] high enough to be worthwhile,” the Economist reports.

Degrees with the worst average ROI

What are the worst degrees in terms of ROI? According to the New York Fed researchers, the lowest lifetime returns for bachelor’s degrees are found among liberal arts (12 percent), leisure and hospitality (11 percent), agriculture (11 percent) and education majors (9 percent). But the good news for college undergraduates is that since the returns for a bachelor’s degree exceed 9 percent at their lowest—still well above what the authors consider the minimum threshold for a worthwhile venture (the bar for this would be your typical stock investment)—college remains a wise investment in general.

What about grad school? According to the National Center for Education Statistics, the average graduate tuition and required fees in the 2015-16 academic year was $11,303 at public institutions and $25,817 at private nonprofit institutions. Financial aid can be difficult to obtain for graduate school, which is partly why so many graduate degree recipients are saddling with student loan debt (nearly 50 percent of students enrolled in master’s degree programs financed their education through loans during the 2011-12 academic year). As we’ve already discussed, for some graduate degree programs, the expected payoff is worth this investment. But for others, a graduate degree is neither necessary nor advantageous for employment. According to the same 2011 Georgetown study, the majors with the lowest earnings boost from obtaining a graduate degree include atmospheric sciences and meteorology (1 percent boost), studio arts (3 percent), and petroleum engineering (7 percent). Other majors with the lowest average earnings boost from obtaining a graduate degree are advertising and public relations (12 percent), pharmacy pharmaceutical sciences and administrations (13 percent), forestry (15 percent), and computer engineering (16 percent).

Especially for fields that value skills learned on the job, such as engineering and computer science, a master’s degree might not be necessary for finding your dream job. If you’re able to get a research grant to fund your studies, a graduate degree might be a great opportunity as you would be keeping costs low (the two ways to increase your ROI is to minimize the amount you spend and to maximize the amount you get paid). And, of course, many people are interested in graduate school simply because they want to continue their education, which they find personally fulfilling. But if you’re considering getting a master’s degree for financial or work-related purposes, ask yourself the following questions. Is a master’s degree required for the job or position you’re pursuing? Do you work in a field that values work experience over a graduate degree? Could a certificate or professional certification help you get that job faster than a master’s degree can? Does your employer offer tuition reimbursement? Remember that there are alternatives to getting a graduate degree, alternatives that may be better suited for your particular interests or goals. If you’re still unsure whether a master’s degree is right for you, the Bureau of Labor Statistics has a lot of helpful resources on the topic.

If a graduate degree can be incredibly risky, a doctoral degree can be downright dangerous. The opportunity costs are even bigger for those considering a doctoral degree, and for some majors, the investment simply isn’t worth it. According to the Economist, “PhDs in maths and computing, social sciences and languages earn no more than those with master’s degrees. The premium for a PhD is actually smaller than for a master’s degree in engineering and technology, architecture and education.” In addition, especially for fast-changing fields such as engineering and information technology, losing out on five years of marketplace experience could set you back considerably compared to your peers. Given the risks involved, make sure you’re absolutely certain about your decision before pursuing a doctoral degree.

In summary, despite rising tuition and fees, college remains a worthwhile investment for most. However, it can still be a financially risky decision, and in order to increase their chances of a positive outcome, students should understand the myriad factors that may influence their ROI and update their estimates with every major decision they make. Here at Edmit, we’re here to help you get the information you need to make smart and informed decisions about college. 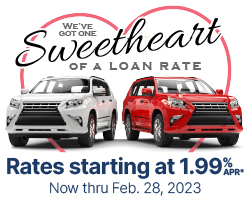 For a better mobile banking experience, download the Armco CU app for your smartphone.  We do not recommend accessing the online banking platform through the website by using your mobile phone.  If you need assistance setting up mobile banking, contact us at 724-284-2020

Benefits of the Mobile App

No thanks, I'll download the mobile app another time (proceed to online banking)